Moisture Penetration in Lower Ground Floors and Walls
Background
The property, which is located in Bourne St SW1, is a terraced house arranged on three floors including a basement, constructed of 312mm solid brickwork circa 1800’s

The property was being developed as part of a BBC documentary “The Million Pound Property Experiment” and Renderseal Ltd was called in to report on Insect & Fungal attack in internal timbers along with moisture penetration in lower ground floor and walls.

Insect & Fungal Attack
We found attacks of Cellar Fungus and pore fungus in the window lintels as well as in the staircase strings.
The Common Furniture Beetle was found in the lower treads and riser of the basement staircase.
All areas were sprayed using a Chemical Timber Treatment.

Moisture Penetration in Lower Ground Floors and Walls
We found rising damp caused by moisture rising in the walls by capillary action. This was eradicated by inserting a chemical DPC into the walls.
There was also lateral penetration of groundwater due to the absence of an effective damp proof medium between the ground and outside face of the wall, thus causing the internal face of the wall to be persistently damp.

We therefore carried out surface preparation to the walls then applied a 2coat specification followed by a Sika 1 structural waterproof render left to a float finish.
It was also noticed that the existing basement floor was de-bonding from the base slab which, if left untreated, will allow moisture to create a “lifting” effect on subsequent floor finishes.
We therefore carried out surface preparation to the floor the laid Sikatop 77 design mix to floor screed 2.5mm thick, and included additional bonding with Sikadur 32 epoxy adhesive.
To ensure the structure was watertight we used Sika Combiflex structural movement joints to all walls/floor angles and applied Sika Ltd products as necessary to form a watertight seals around service pipes, cables etc.

All materials were supplied by Safeguard Chemicals Ltd and Sika Ltd to which Renderseal Ltd are registered contractors.
The works were completed in the 29th September 2003 after a total contract period o f 7 days. 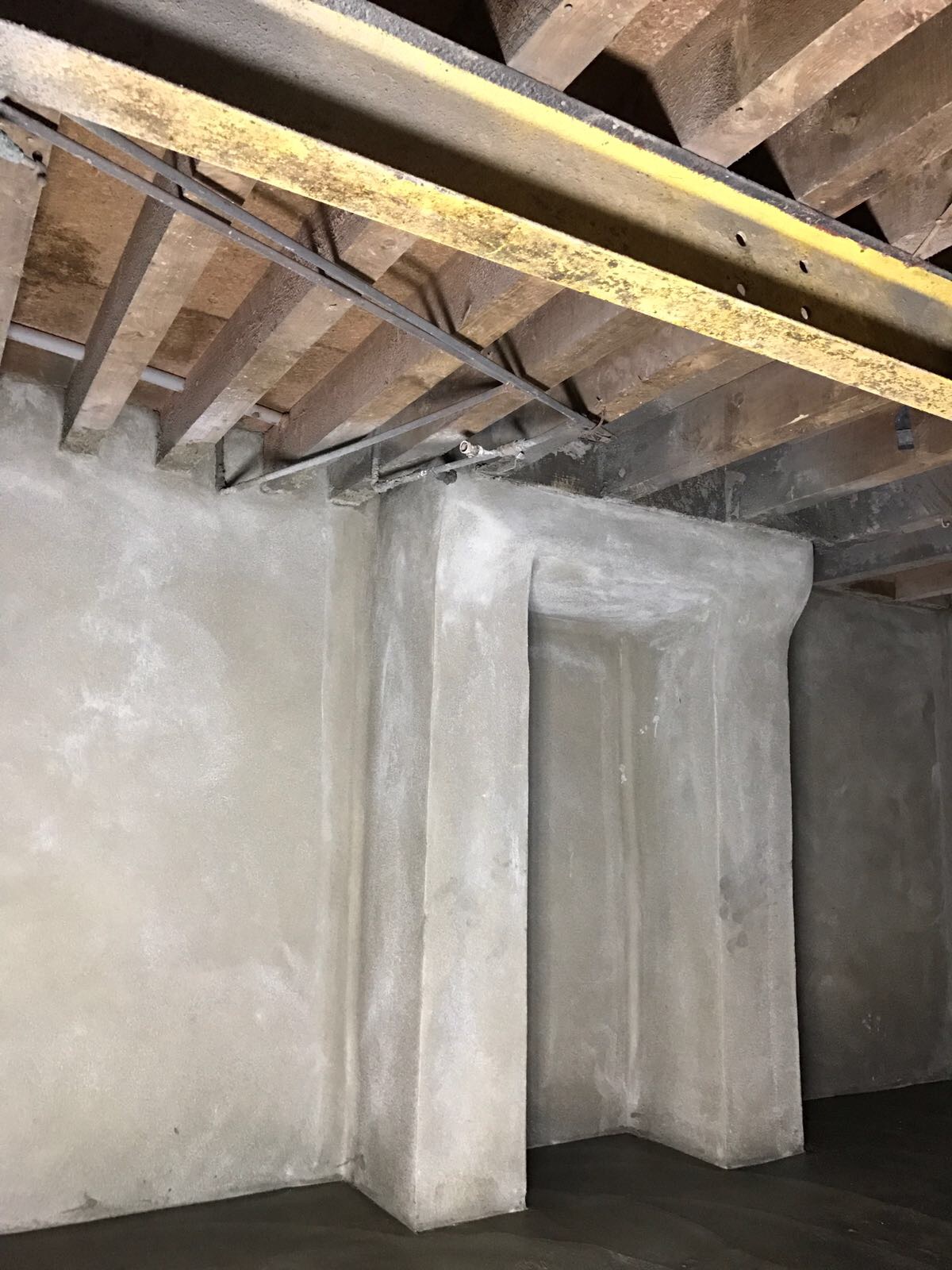